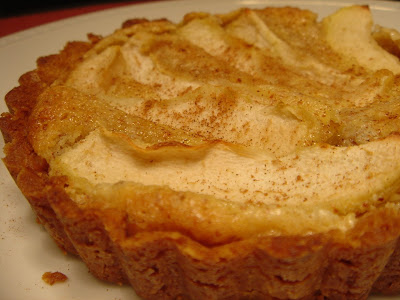 It’s officially the first TWD post of 2009 and Dorie herself is hosting this week for the French Pear Tart for Tuesday with Dorie's 1 year Blogiversary! “Hi Dorie!”


I was excited to make this because I absolutely love tarts. I love them so much that I have just about every size tart pan imaginable! (The girl at William Sonoma thought I was absolutely nuts when I registered for my wedding but…I couldn’t help myself!) I have made tarts a few times, however I have never ever made them the same way. So I was excited to try a new recipe once again. I have not, however, had a pear tart before nor have I made an almond cream. So this was new to me in that regard.


I made this tart in mini’s making just two of the mini tarts, and reserving the other two tarts with ‘dough only’ in the freezer to make another day!


I thought making this was rather easy, however I’m not sure I would make the almond cream in the food processor again because the FP bowl was too large to mix the cream together. I ended up switching it to my mini prep food processor half way through. Other than that, it was easy because Dorie always has a ton of information and explanations with her recipes that make it so easy (especially if you have no picture to base it on and have never made it before).

I didn’t adjust the recipe much because I was making dinner for the entire week in addition to this since I was having surgery on Monday so my mind and kitchen were on overload! ( One thing I changed was I used slivered almonds, not blanched because that was all I had, but I wouldn't recommend that because the skins made it too grainy) I DID manage to sprinkle with cinnamon and served with vanilla ice cream and it was SO GOOD!!! My husband and I both enjoyed it and I plan on making it again!


If you would like the recipe for the pear tart, you can visit Dorie Greenspan’s blog for the details, or of course, you can also buy her book, “Baking From My Home to Yours”.

Thanks for a great recipe Dorie! This one tops my list! 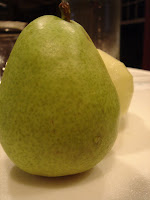 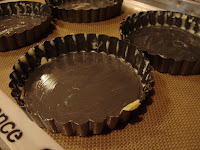 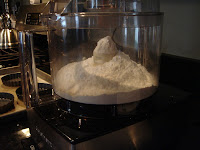 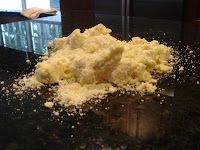 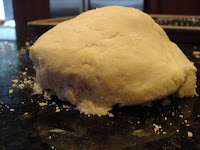 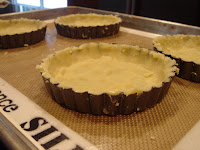 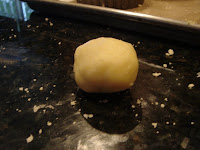 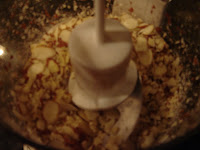 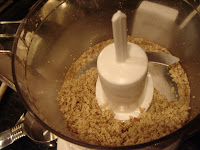 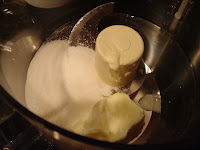 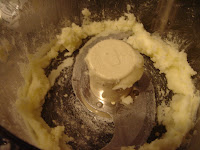 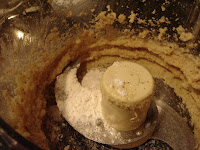 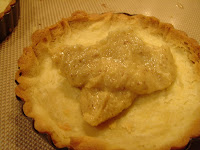 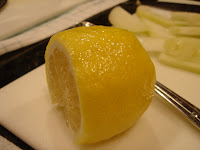 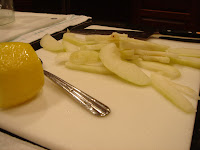 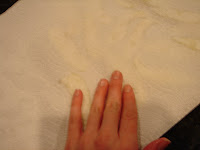 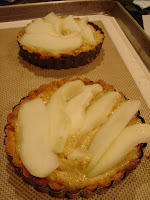 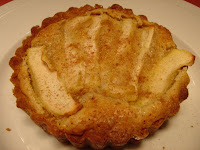 Appreciate you saying that the almond skins weren't as tasty as blanched b/c my husband would be upset that he spent 30 minutes helping me peel almond skins otherwise. HAHA. Love all the process pictures. Glad you enjoyed the recipe!
Clara @ iheartfood4thought

Wow i had the opposite problem I used my mini prep food processor and it just couldnt cream it all together I had to break out the good ole hand mixer to finish the job.
Your mini tarts came out great.

CB, I totally feel your pain on peeling nuts. I made a hazelnut tart once and had to blance myself. That is something I vowed to never do again.
Danielle, thank you! And you are right, the mini prep food processor was not really much of a help. I would totally do this in my mixer next time.

I used the almonds I had instead of blanched ones, too. Shhhhhhh!

I like the cinnamon idea... Maybe next time (I now have about nine versions I want to try after checking out some of the other bakers). Glad yours turned out so well!

This was a fabulous tart.

Your tarts look lovely! I was too lazy to go to the store and get blanched almonds so I used slivered almonds as well. I thought that it "added character" to the almond cream but next time I'm going to make sure that I have the blanched variety!

Cooking for Comfort by Jennifer said...

I agree, I would make the almond cream in the stand mixer next time. I didn't think it mixed well in the FP. But besides that it was awesome.