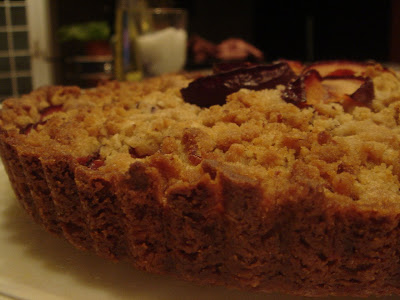 When I was little, our neighbors had a lot of fruit trees in their back yard. I remember wandering over there when my mom would turn me loose to our yard, sneaking through the Aphrodite bushes. Plums were one of my favorite things to pick off the tree, and I would frequently come home with an armful, much to my mother’s embarrassment. I still love plums today and every time I bite into one, I am reminded of my childhood and the old neighborhood where I grew up. 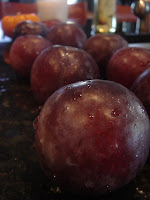 I wanted to take a walk down memory lane this week. Why? Because plums are reaching the end of the peak of their season and I am trying to take full advantage. I got this recipe from Ina Garden on the Food Network. I tweaked it just a little by adding a little cinnamon. After all…it is fall (at least it’s supposed to be) and what is fall without the cinnamon. 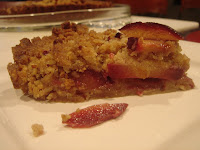 Ingredients:
2 Cups all purpose Flour
¾ Cup finely chopped walnuts (I used pecans)
¾ Cup light brown sugar
12 T Butter
1 Egg Yolk
2 Pounds Plums, pitted and sliced (I only had 1 ½ pounds and it worked fine for me)
1 t. Cinnamon (I added this to mine because I just love cinnamon) 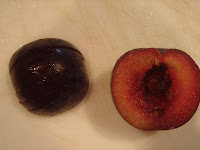 Directions:
Preheat the oven to 400 degrees F.
Clean and pit plums. Then slice them.
In a food processor, chop up the nuts. (You can do this by hand also) 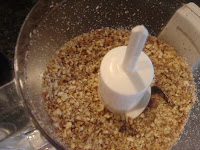 In a mixing bowl, add the nuts, flour, butter chunks, sugar, egg yolk, and cinnamon. Mix with a hand mixer or your hands forming a crumb mixture. (I used my hands, but next time I would probably put it in the food processor) 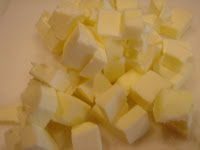 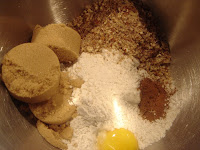 Tart ingredients in the bowl 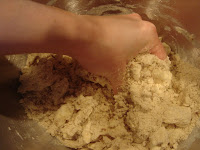 Your hands are your best tools...
In a 9 ½ tart pan, add about 1 ½ of the crumb mixture, pressing it into the sides and bottom forming a shell crust. 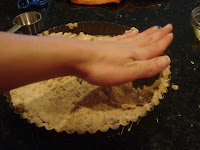 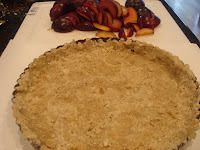 The finished tart, waiting for the plums

Arrange the plums in a circular pattern, working your way into the pan. Top with the additional crumb mixture. Bake for about 40 Minutes, or until golden brown. 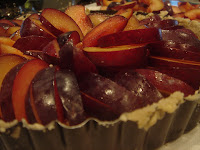 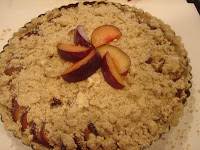 Tart before going in the oven 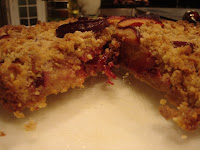 I couldn't resist a slice before the photo...oops!
Pin It
Posted by Sweet as Coco at 9:49 PM